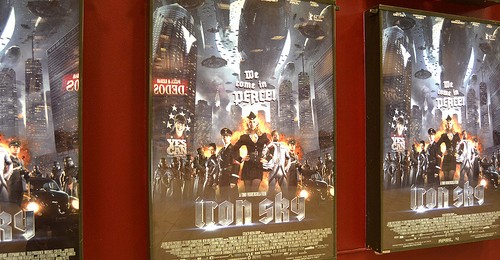 Since Rare Exports, Troll Hunter, and Let the Right One In, Scandinavia has become the place to go for original genre pieces.

Based on these opening four minutes, Iron Sky could be ready to join this Scandtheon. We’re in for a treat on the 20th of April. 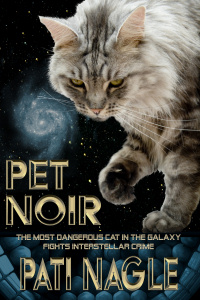 I don’t like procedurals. Put CSI Whatever on the TV, I’ll yawn. The Mentalist or Lie to Me, I’ll yell at the screen like a programmer watching The Net. Even Agatha Christie winds me up – I’m sure Miss Marple was responsible for a swathe of death in 1920s England. It takes a lot to make me want to pay any attention to something that even smells of murder mystery.

Pet Noir is a collection of short stories by Pati Nagle, all based around the adventures of a genetically modified tabby cat working as a detective on a space station, and it sounded like it could be different. Unfortunately not. Sure, the trappings of science fiction are there – animal uplift, a space station, cloning – but if you scratch the surface all that’s left is a set of fairly standard cop stories.

The cat in question feels no more than a human pretending to be a cat and the other animals turn out to be mere ciphers, the universe is barely sketched out and the much more interesting story of how human (and animal) society has coped with the massive changes brought about by space travel, new sentient species, and future technologies has been completely ignored. On the right is the original 76m Lovell Telescope, built in 1957, and has been responsible for keeping the UK at the forefront of space science.

On the left is the smaller (but closer) 25m Mk II telescope which forms part of the e-MERLIN network – a half dozen radio telescopes (including Cambridge’s own Mullard Telescope) connected via fibre optic cable that is sensitive enough to read a number plate on the moon.

Science is cool and so is the Jodrell Bank Visitor Centre; go while it’s still around.

Not content with being the first person to check in to Foursquare from space, ISS astronaut Douglas H. Wheelock has gone and taken this awesome photo of Ireland at night.

Bad Behavior has blocked 221 access attempts in the last 7 days.