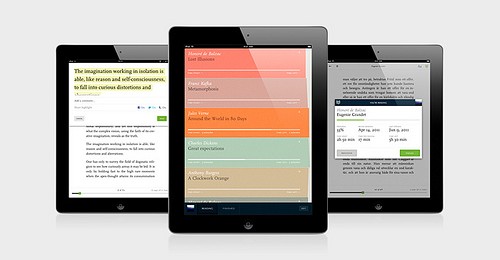 I just did a guest post for ReadMill on how all the choice we’re given around ebooks boils down to no choice at all.

If you haven’t heard of ReadMill, their software tries to turn ebook reading into a kind of virtual reading group with shared highlighting, commenting, and conversations centred around your reading.  Although the reader is only available for iPad, there are ways to use the site with Android and iPhone applications and your Kindle highlights.

I’ve found it invaluable for cataloguing noted during my psychology MSc and it’s fun to see what other people highlight as important. At the very least, it’ll estimate for how many hours you’ll have to endure that statistics textbook.

The problem I find when I’m looking at lines
Of programs all written in C,
Is that the syntax and grammar resemble the stammer
Of a dyslexic demoralized bee.

Pointers collected, and thrice indirected,
Collated in structs and compiled,
When traced by debugger can make coders shudder,
And conditionals drive a man wild.

I don’t wish to seem bitchy, but if only old Ritchie
Had been strangled a birth by a Nurse;
And the fate that I’ve planned for all Kernighan’s clan
Is unprintably several times worse.

I find that the pain begins with the main(),
The only way out is to hack it.
The one bit of syntax that keeps my mind intact
Is the very last }

I hope that this ode is clearer that code
I write in that monstrosity.
You might think that Pascal’s a bit of a rascal,
But the ultimate b*d is C.

My program is calling (in structure appalling),
I must finish my poetic plea.
But, let’s all face it, use Forth, LISP or BASIC,
Whatever you do, don’t use C. 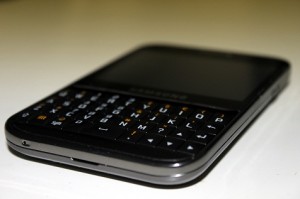 Cargo Cults emerged on New Guinea during World War II after the indigenous populations saw planes landing to deliver food and other materials. Later, to bring back the aeroplanes and hence their cargo, the islanders built runways on the beaches, a hut to serve as a traffic control, and even lit small fires for landing lights. Obviously, this didn’t work.

Unfortunately, for Samsung, their new business style phone seems to suffer from Cargo Cult Blackberry disease. On the outside, it looks like a RIM device – it’s got a tiny screen, a keyboard, and can fit in the palm – and gives off the appearance of that holy talisman of the pin-striped priesthood. On the inside, however, it runs the Android smartphone operating system leaving a hybrid that has none of the good points of either.

What sets Blackberry apart, in spite of their aging devices, is their efficiency; Blackberry server and devices are perfect at email they use very little data and are designed only for this purpose. Android can handle email either through the build in Google Mail application or over SMTP, but it’s not as quick and easy. As with the New Guinean cargo cults, Samsung have built a Blackberry body, added a keyboard, and even stuck in a few software tweaks to make Android a little more businesslike, but I don’t think the planes will come.

Which is a shame, since their actual smart phones are pretty good. 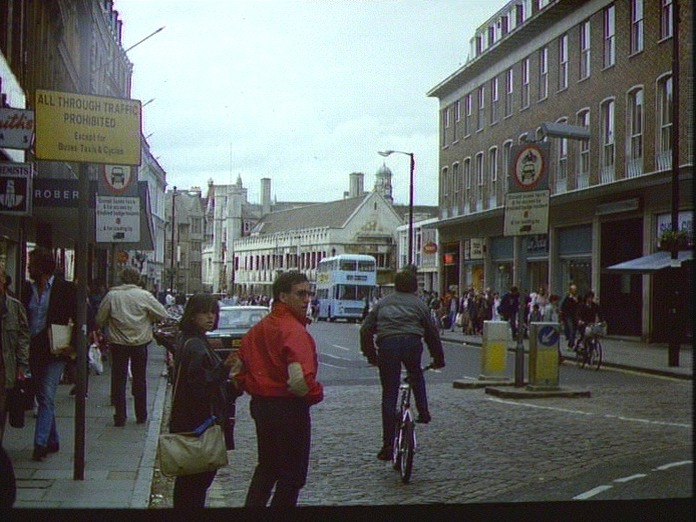 Between 1984 and 1986, the BBC partnered with Acorn, Philips, and Logica to create a modern version of William I’s Domesday Book. Stored on a pair of optical laserdiscs, the modern Domesday project contained a multimedia snapshot of life in the UK during the mid-eighties.

I remember watching a children’s quiz show back then and wishing we could be taught in such a cool way, but all the Irish Department of Education had to offer were fifty year old film projectors and velcro figures on felt boards.

The BBC has now released the completed work online, and it looks like Cambridge hasn’t really changed all that much in thirty years.

One of the advantages of getting an Android mobile is the active developer community who work on the operating system in their spare time.  Community ROMs can extend the life of a phone beyond the usual six months, and with contracts now lasting for two years it’s never been as necessary.  Unfortunately, phone manufacturers don’t always feel the same way and employ any number of tricks to stop users from using anything other than the version of Android they supply.

As I just upgraded from a HTC Hero to their Desire HD, it became clear that the tricks used to install a ROM had changed, but thanks to the constant hard work of Paul O’Brien at MoDaCo it’s become pretty easy.  As always, rooting your phone carries a risk and may invalidate your warranty.

And that’s all there is to it.  It’s a fiddly process and there are many places in which it can go wrong, but if you make enough backups and don’t mind spending a night re-loading all your applications then it’s definitely worth it.

(Irishperson in Exile takes no responsibility for damage to handsets, loss of data, or sanity caused by rooting an Android device.  All warranties may be voided by using these steps and unless you backup and read all instructions your time may be wasted.)