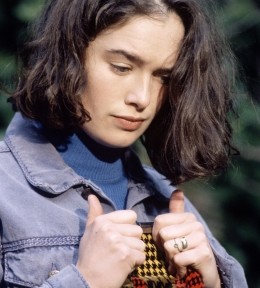 In an error of judgement worthy of Boris Johnson I got Ang the Soldier Solder boxed set for Christmas.  Downton Abbey for those of us who like a bit of rough, starts off with a badly realised version of Northern Ireland during the troubles and an IRA funeral – you know they’re IRA because everyone has a mullet.

Even though it’s 1991, the UK still looks like the worst part of the 1980s: huge hair, huge shoulder pads, huge telephones. In fact, the only thing that isn’t big is the production values.

But the scariest part of all isn’t even Ang’s incomprehensible desire for Robson and Jerome – the bastards who kept Unchained Melody in the charts, long after we’d gotten over Ghost.

I’ve passed a milestone: two senior moments in the one week.

While starting a meeting on Monday I made a point of loudly and clearly asking the person to my right if our product manager was in since it’d be useful to have him go over some things.

“Hi” said the person to my right doing a little wave.

Yep, I couldn’t see him even though I was looking straight at him.

The next day Ang heads into town without me; for some reason, having to look after a slightly agoraphobic, misanthropic, yipping gerbil in a busy shopping district doesn’t appeal (no accounting for taste…) so I made plans to meet up with her  in a new crepery once she’d finished her chores unencumbered.  I get there, late as usual, and get a table outside before sending a text to say where I was and to express my irritation at being made to wait for 30 whole seconds. Shortly after the ‘message sent’ alert fades from my screen I hear a slightly confused voice  saying  “Uhm…Damo?”.  Oh, here it comes, the stroke’s finally happening. I’m being called to eternal rest. I’m coming grandma!

No.  Ang was sitting at the table opposite me and had been for five minutes before I’d turned up. Cue much merriment (and, more than likely some sympathy directed at Ang) from the waitresses.

I think it’s time for a holiday, but before you judge me, watch the following video:

See, it could happen to a bishop.

It’s a bit difficult to defend ‘traditional marriage’ when it has only existed for a century or so.

Warning: May cause ocular leakage.

The problem I find when I’m looking at lines
Of programs all written in C,
Is that the syntax and grammar resemble the stammer
Of a dyslexic demoralized bee.

Pointers collected, and thrice indirected,
Collated in structs and compiled,
When traced by debugger can make coders shudder,
And conditionals drive a man wild.

I don’t wish to seem bitchy, but if only old Ritchie
Had been strangled a birth by a Nurse;
And the fate that I’ve planned for all Kernighan’s clan
Is unprintably several times worse.

I find that the pain begins with the main(),
The only way out is to hack it.
The one bit of syntax that keeps my mind intact
Is the very last }

I hope that this ode is clearer that code
I write in that monstrosity.
You might think that Pascal’s a bit of a rascal,
But the ultimate b*d is C.

My program is calling (in structure appalling),
I must finish my poetic plea.
But, let’s all face it, use Forth, LISP or BASIC,
Whatever you do, don’t use C. 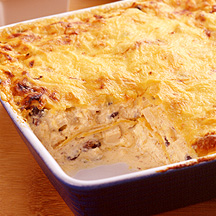 Over the last couple of weeks we’ve been using WeightWatchers at home, just to lose a couple of the extra pounds the lard fairy sneaks under my pillow when I sleep.

Most of the recipes are pretty decent, although they resemble cardboard origami more than cooking, but this slouching beast deserves its own category in lists of hazardous materials.  I should have known something was wrong when it called for 705 ml of soured cream. Have you ever seen 705 ml of soured cream in one place?  Worse, when combined with chicken, enough beans to cause global warming, and a pound of chillies it looked like the stomach lining of Ridley Scott’s Alien or the opening scenes from The Thing.

After forty minutes in the oven the soured cream had separated into lumpy globs of curd in between layers of tortilla that had turned into a sort of organic Bakelite. I just hope it doesn’t gain sentience at the bottom of whatever Cambridgeshire landfill that has to deal with its pulsing evilness.

I still have flashbacks when I smell cumin.

Listening to an e-book using Voiceover on the iPad doesn’t always capture the essence of the scene.

Picture it: riding a dragon for the first time. Excitement, flames, the leathery beat of blackened wings.

Uhm, not so much: 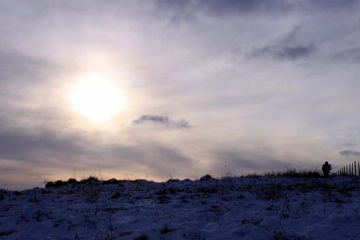 Johnny Goodhero is tired. He’s been surviving for months since the cliché virus struck. His only friends a baseball bat and a 9mm pistol. One last plan, to get across a Zombie infested battlefield without being eaten, to the temporary safety of a nuclear bunker.

Johnny tries not to gag as he covers himself in rent zombie guts. The squishy noises sound like the the horrific noises that come from your parents’ bedroom at three in the morning when all you want is a glass of chocolate milk. A terrible set of bling begins to form, liver earrings, colon necklaces, a visceral survival suit.

He crawls. So slowly, the Somme of moaning and scratching all fogged around. An invisible orchestra takes up a beat, industrial timekeeping keeping pace with the undead hearts of his costume. He reaches forward to a key lying forgotten on the ground. Salvation named Chubb. Touching one side, it’s so close, an undead arm reaches for the other. Crescendos. Slow motions. A flesh-stripped face comes into view. Johnny raises his piece. Recognition and hunger leap at clean food. Trigger pressed. An explosion.

“Wake up. It’s already twelve and we have things to do!”

“Leave the libraries alone. You don’t know the value of what you’re looking after. It is too precious to destroy.”

I remember the first day I was old enough to be brought to the public library. I was luckier than most of the other kids in my neighbourhood in that I had parents that encouraged reading, but it wasn’t until I entered that dusty bastion of oak-wood and furniture polish that I really discovered just how wonderful books were.

It was in the local library where I discovered Enid Blyton, Asterix, the Moomins, Huckleberry Finn, and the Hobbit to the sound of a ticking grandfather clock and whispers of fellow readers.  That hardened paper ticket was the gateway to a lifetime of learning, of enjoyment, and countless worlds.

During Ireland’s last recession in the 80s the building, which had been a public library since 1884, needed some work to be made safe and so was condemned as libraries in poor areas were considered luxuries.  So we moved further afield and I found the many worlds of Clarke and Asimov, the joys of Adams, and had my noodle cooked by Ellison and Bradbury.

It was in a library that I met Roald Dahl. It was a library that started me programming. Libraries got me through school and into technical college and if it wasn’t for the groundwork laid there I’d never have made it through the Open University.

As Pullman points out, the fallacy of the market economy is going to drive out anything of worth in our society and it’ll be the less well off that will suffer.  It is nothing more than greed and selfishness couched in the language of ideology and stewardship.  A reduction to the lowest common denominator for those who can’t afford it, while the selfish classes get to keep more opportunities for themselves. One hour…
Seventeen expletives…
Two cut fingers and
A hundred dust-bunnies later.
I have replaced my PC’s power supply.

Bad Behavior has blocked 231 access attempts in the last 7 days.